The University of Utah gymnastics team held its annual intra-squad scrimmage introducing the 2015 squad.  4,000+ were on hand to welcome this newest iteration of the team.  This also was the first public display of gymnastics in the Huntsman Center following the installation of new lights in the arena.  So I was eager not only to see the team but also to take some photos and see what kind of effect the new lights would have.  The new lights aren't necessarily any less harsh than the old ones, but they don't appear to cycle and the light is much whiter.  Throw in the blue mats, though, and the overall effect was of relatively 'cold' in color-temperature terms.  On floor, there are new mats and, while still blue, they're much brighter and more reflective, which may do away forever with the raccoon eyes I'd come to equate with my gymnastics photography.

Okay, on to the photos.  Here are 24 image--well, actually 23 with one of them appearing in two different forms.  Comments welcome. 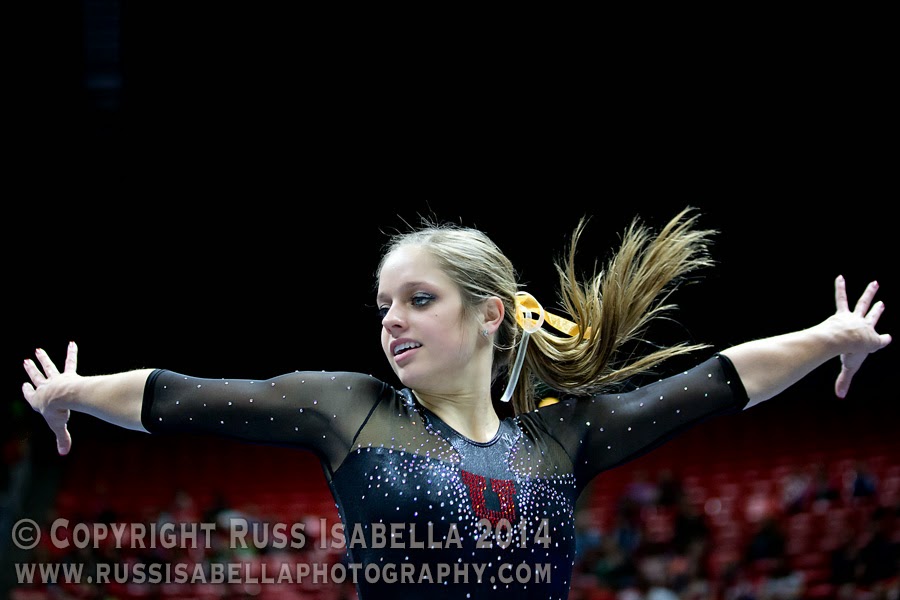 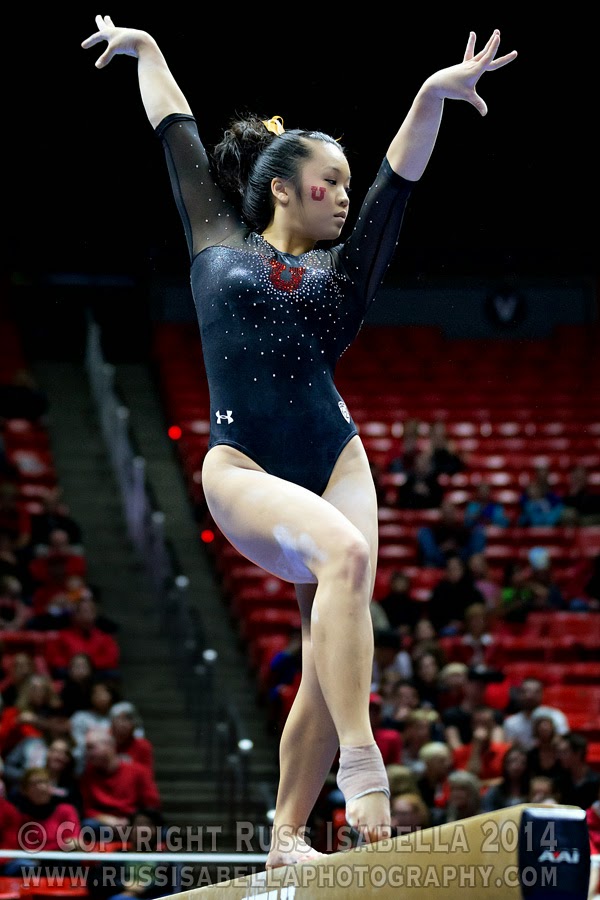 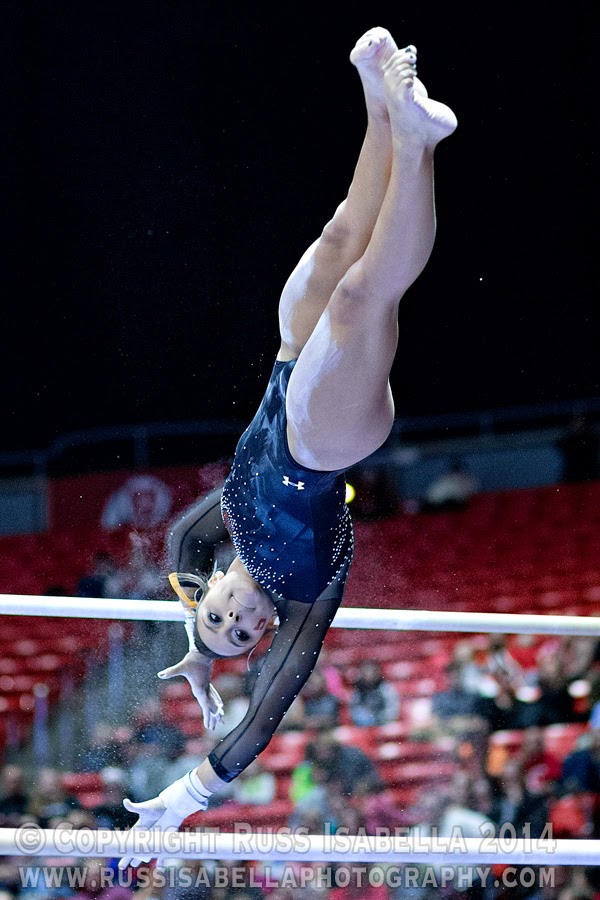 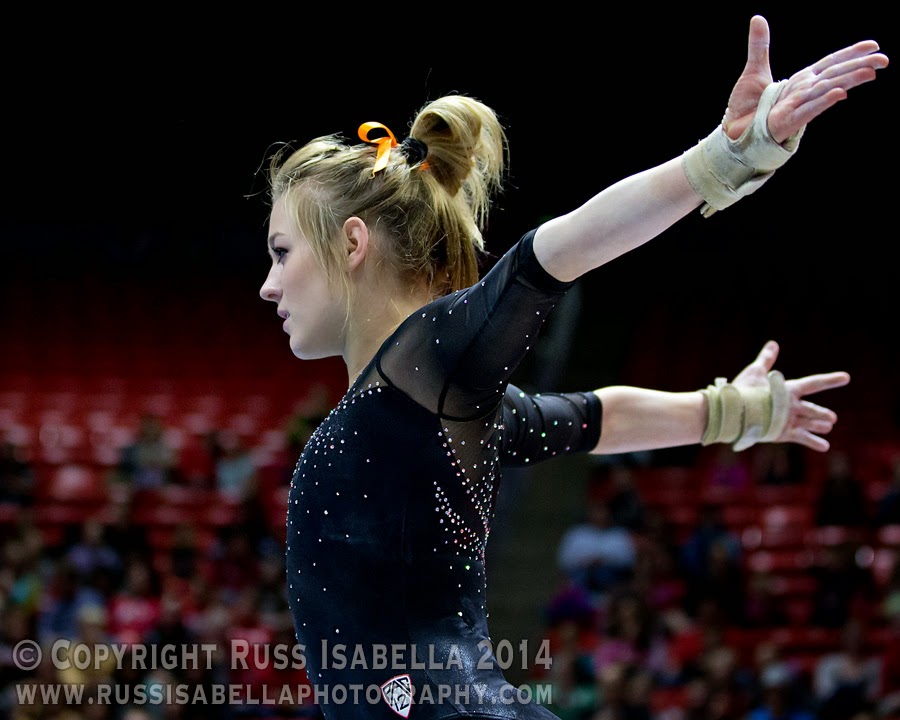 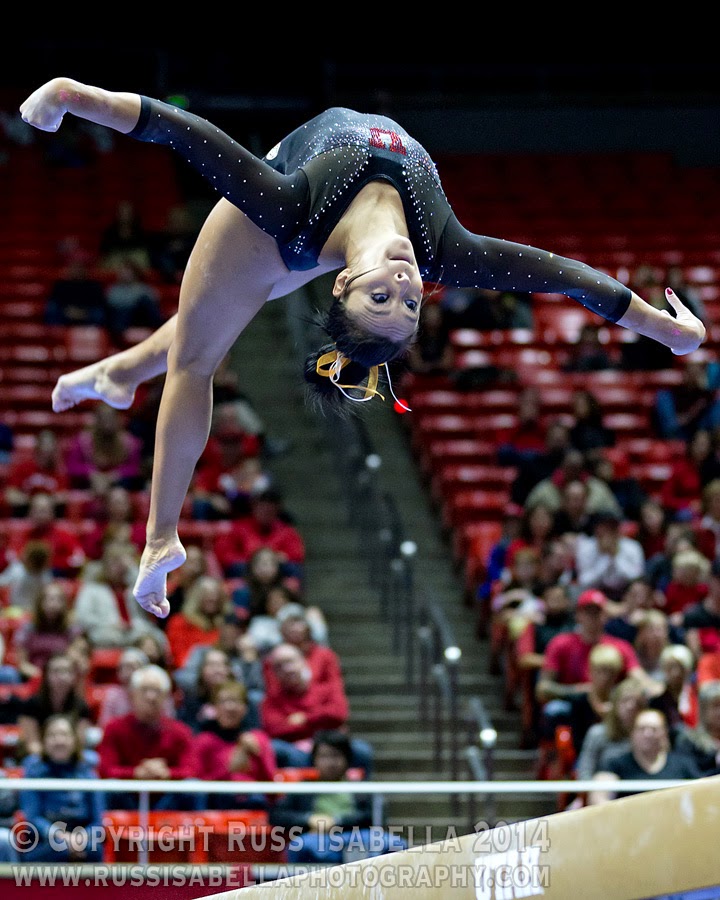 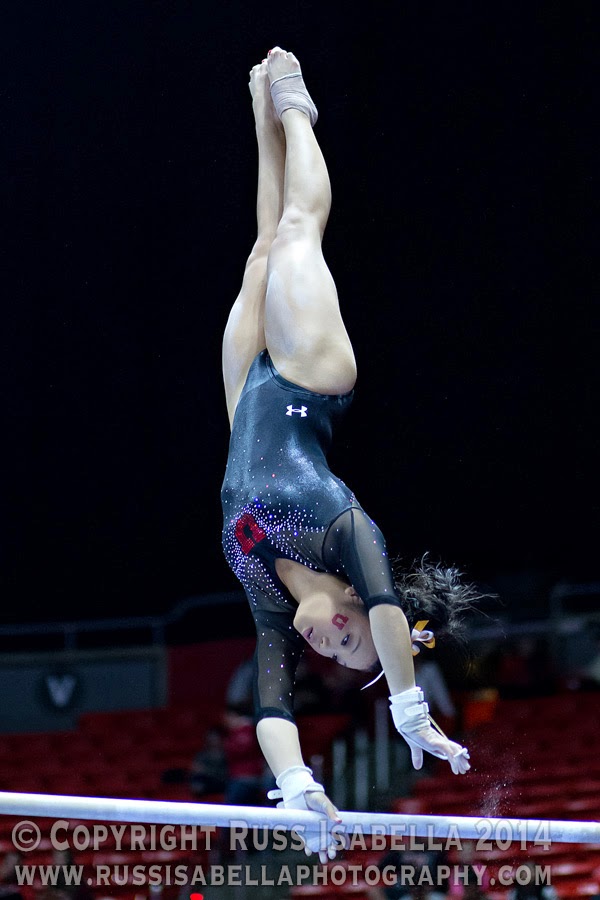 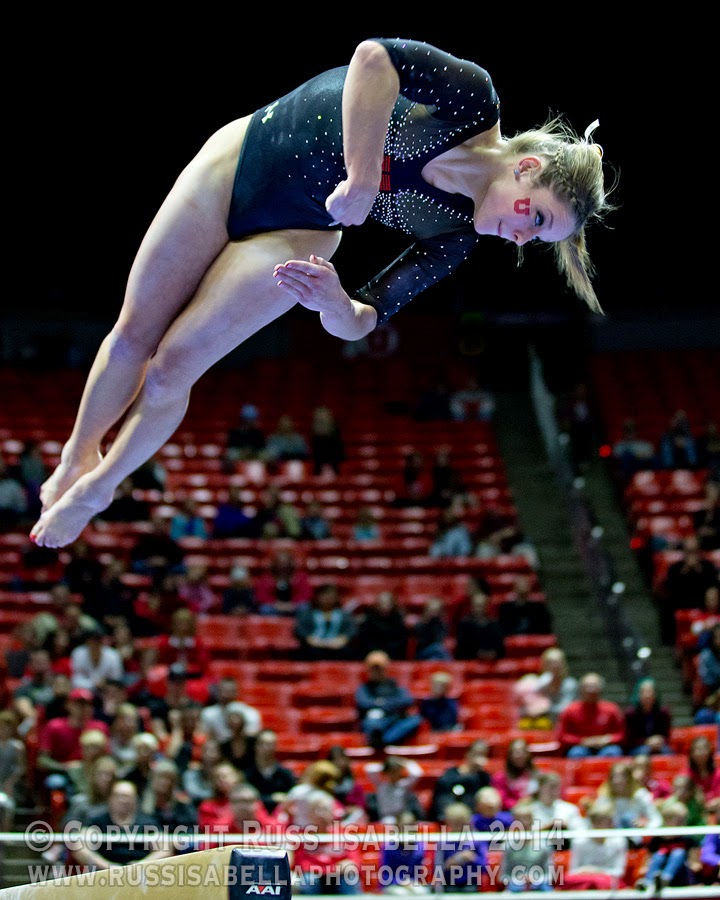 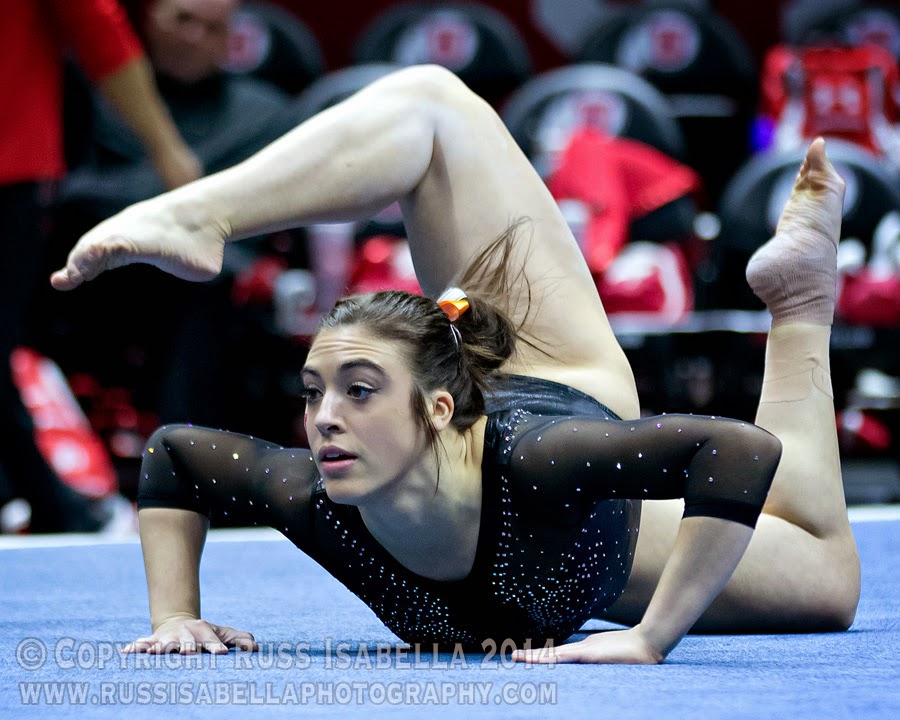 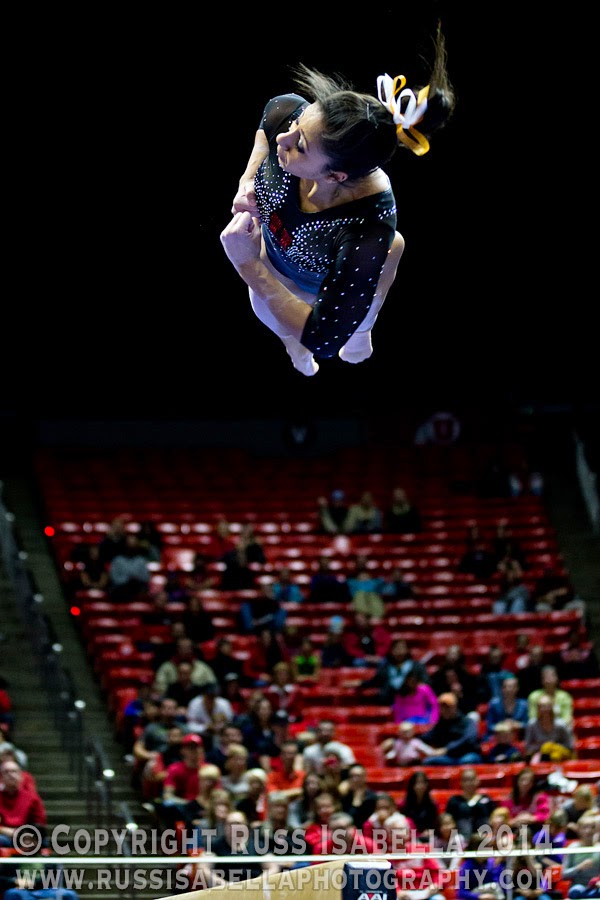 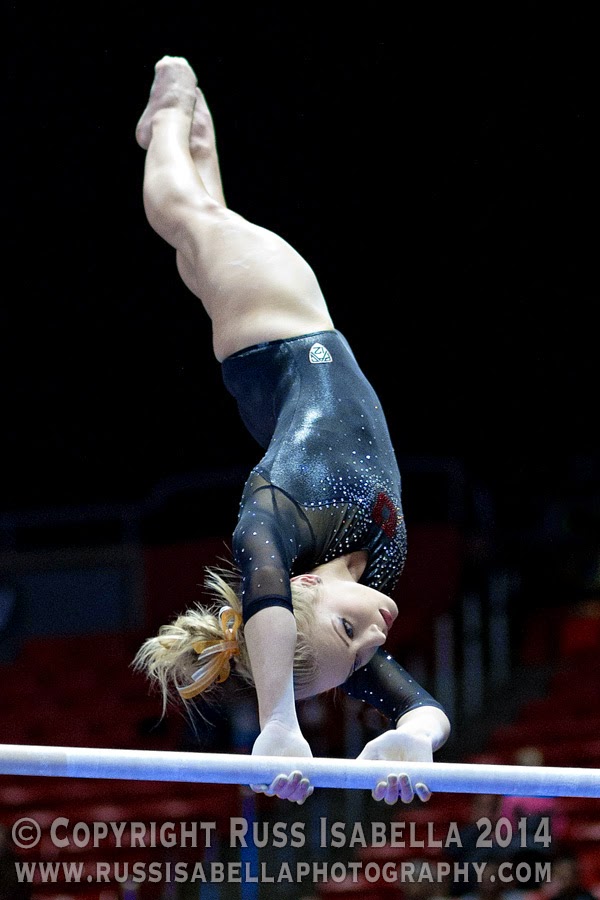 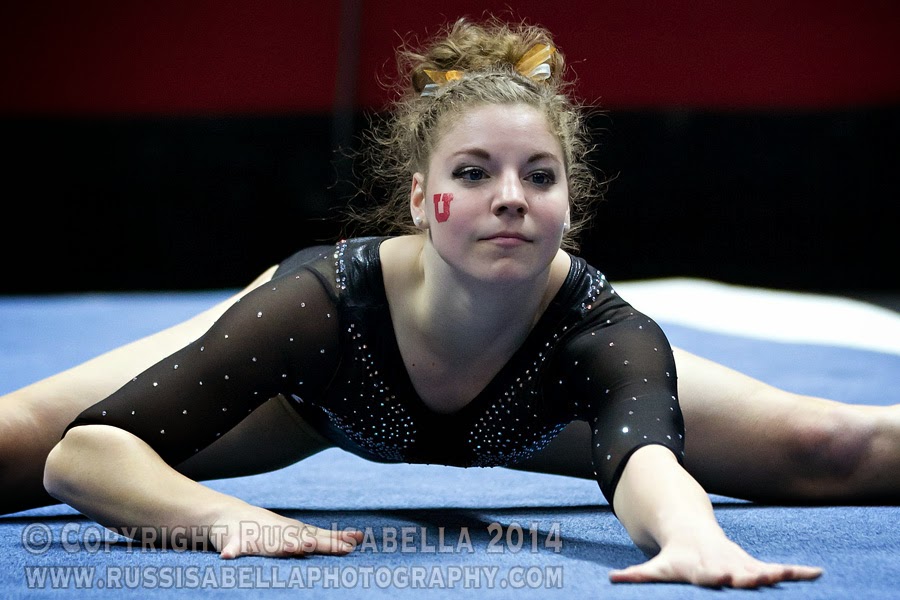 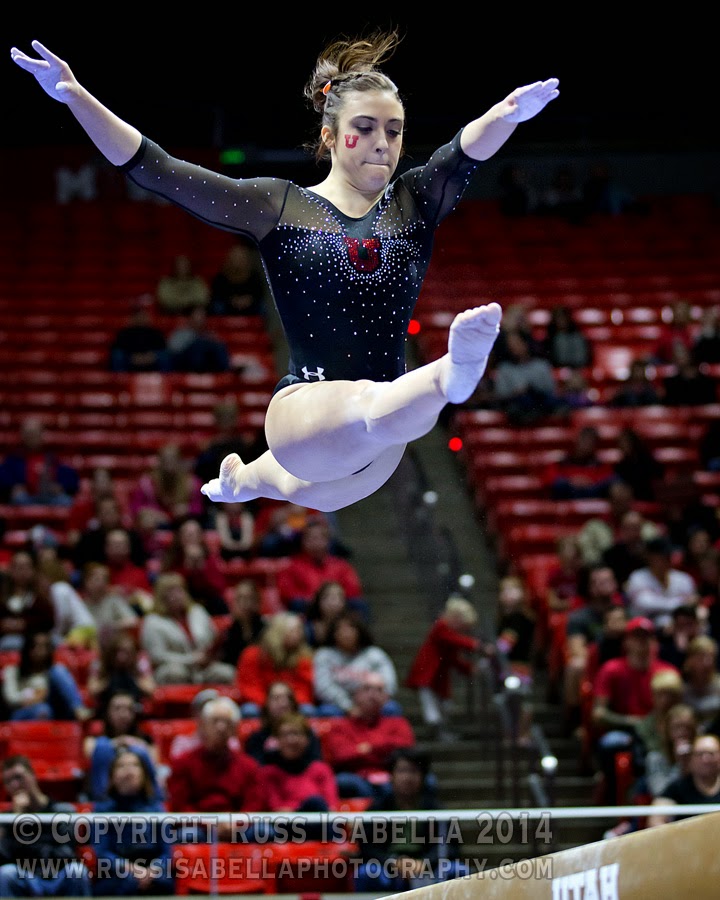 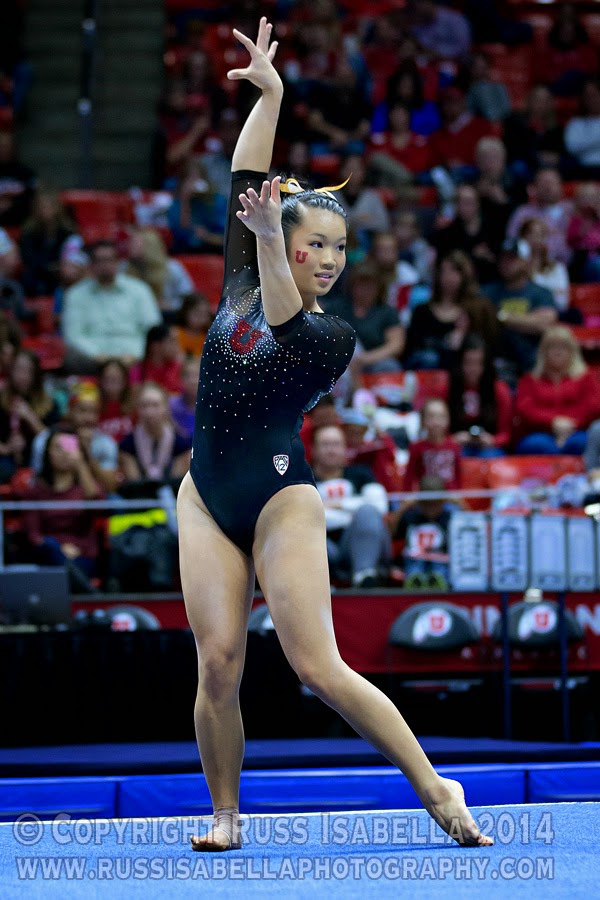 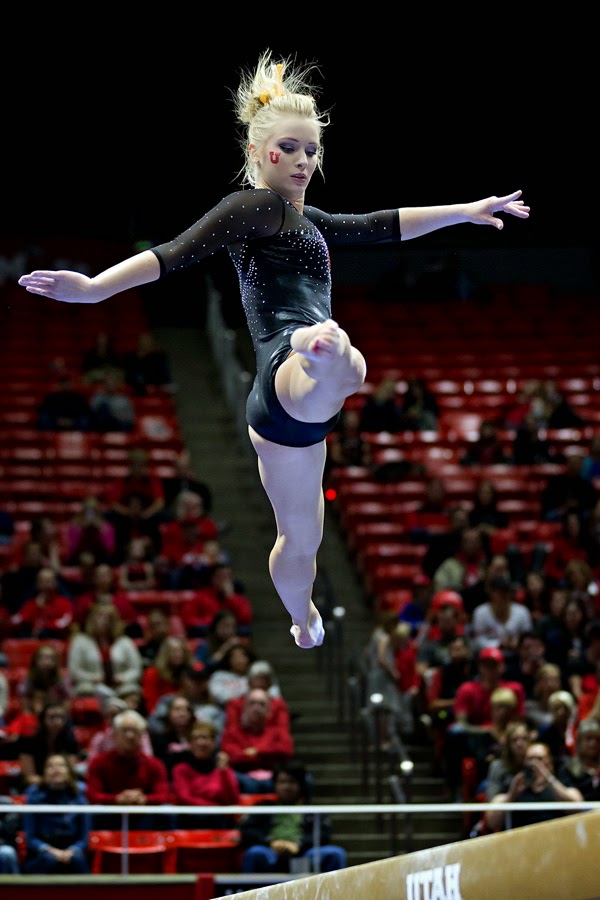 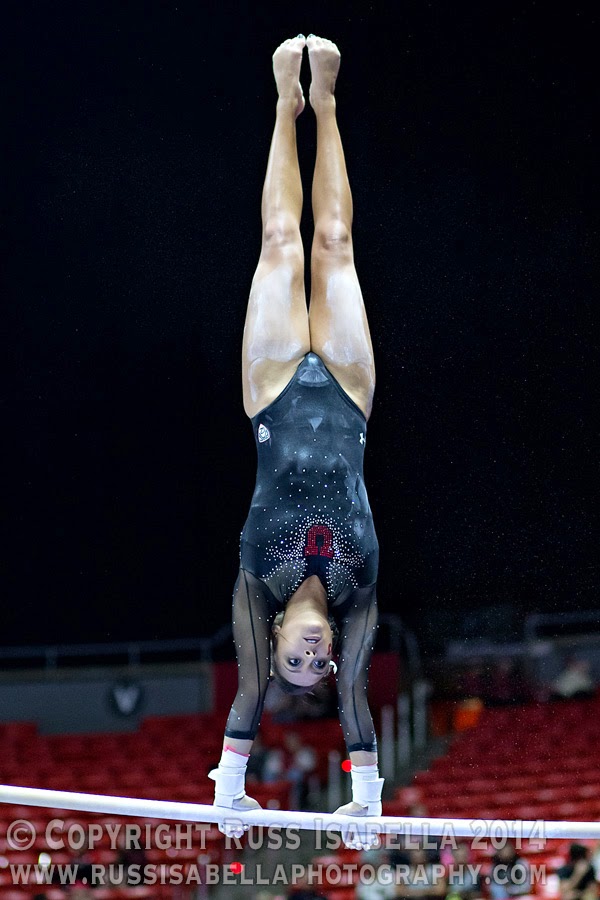 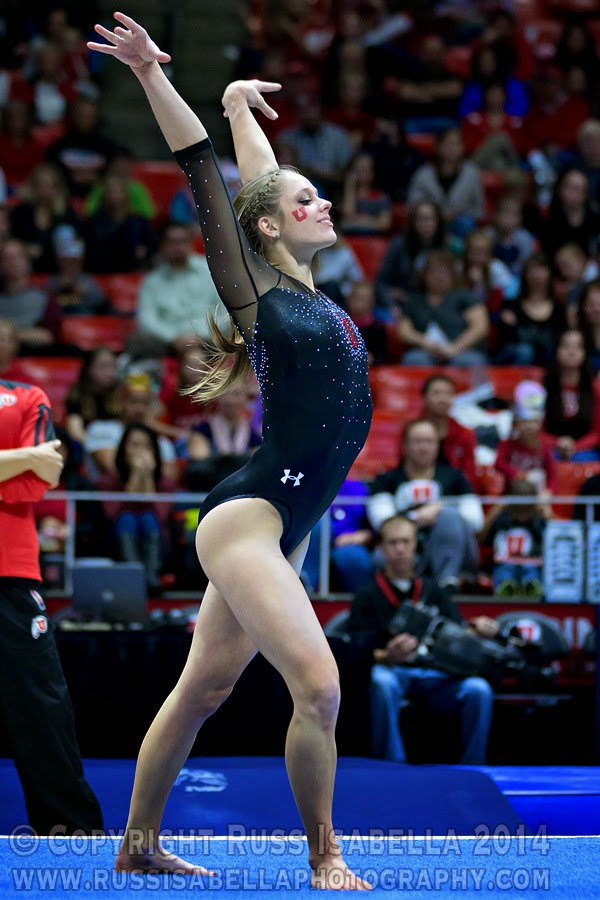 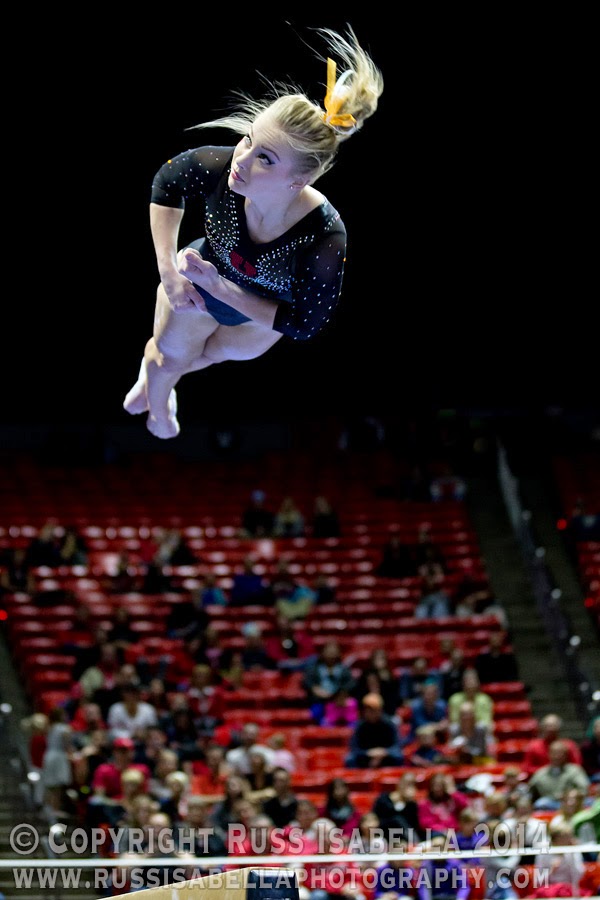 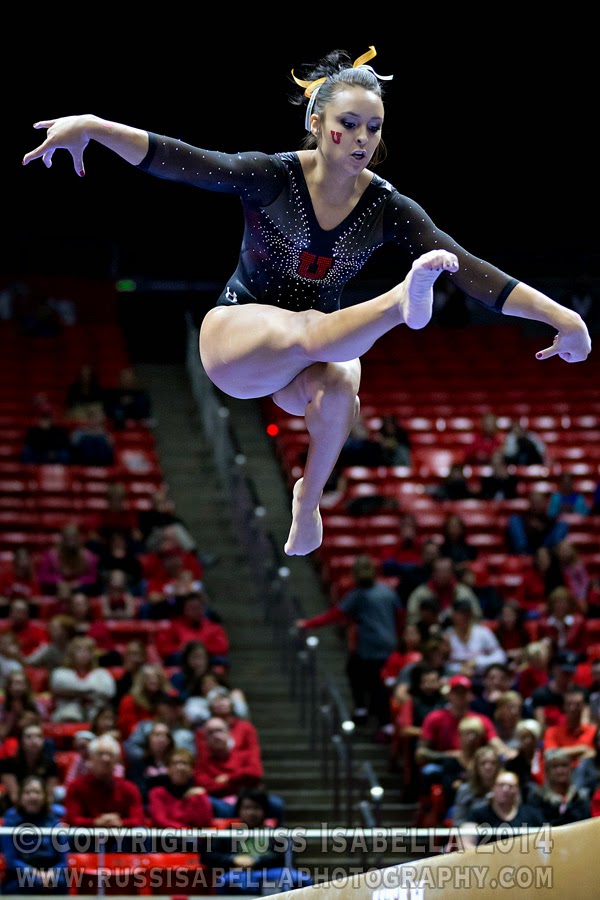 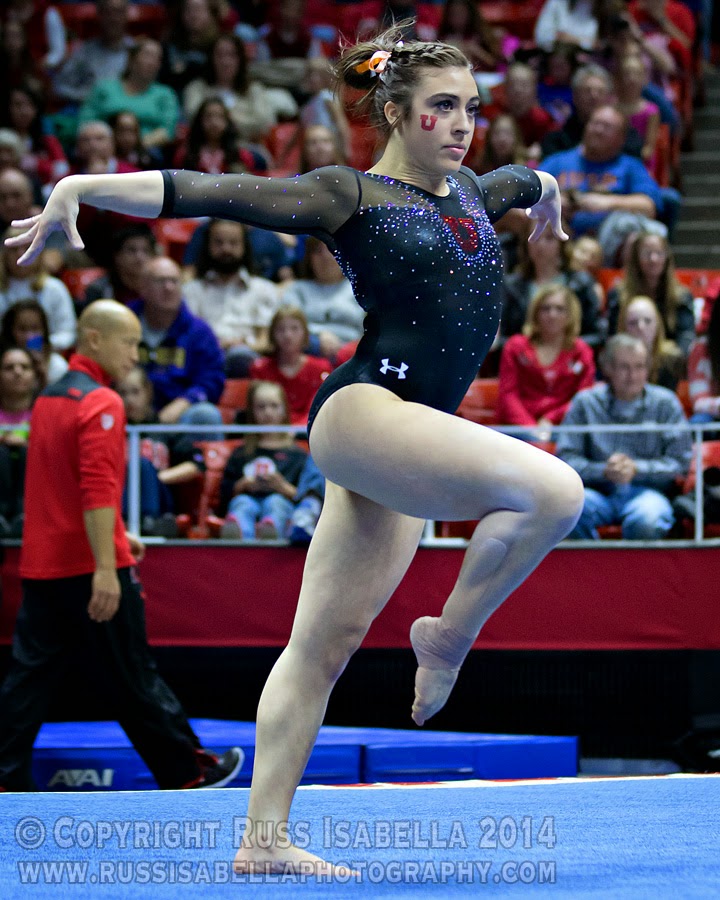 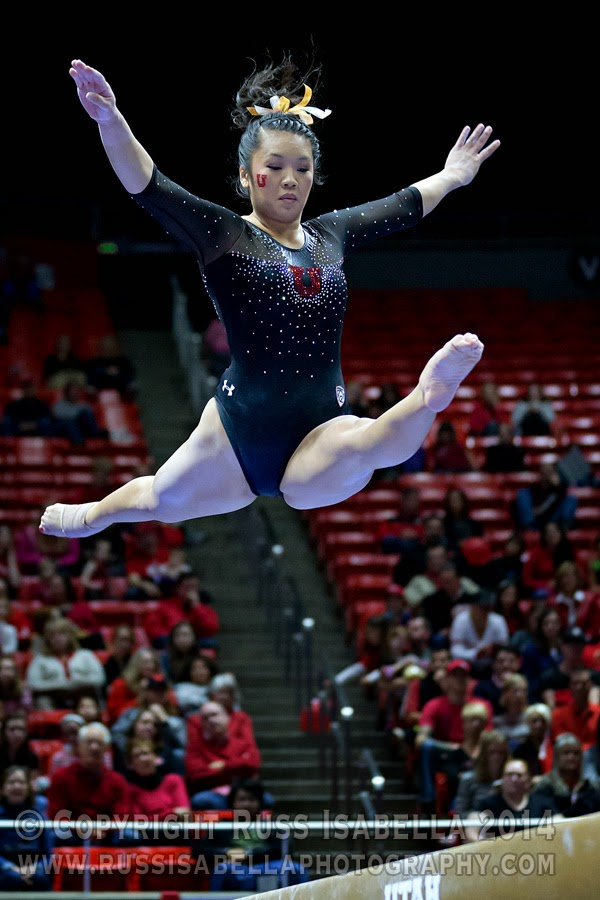 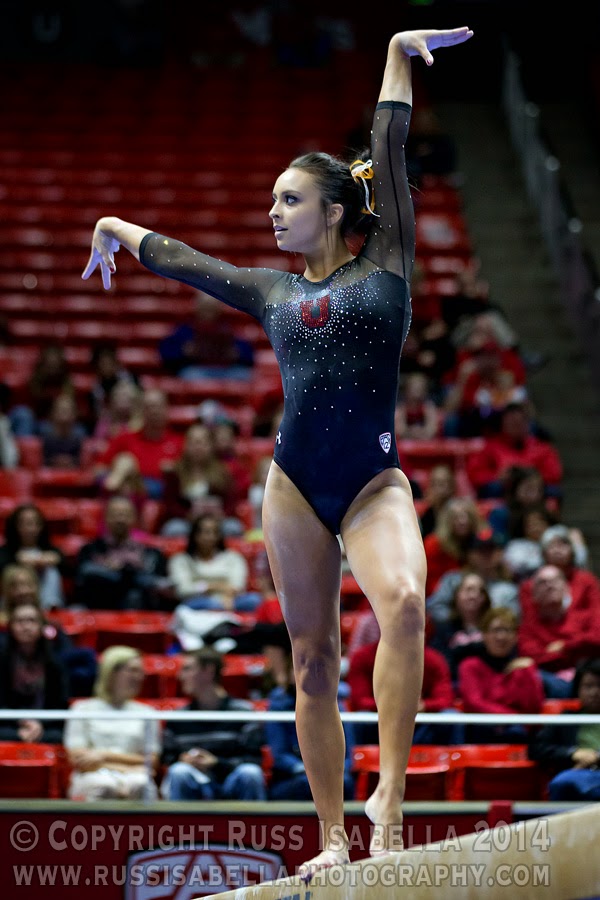 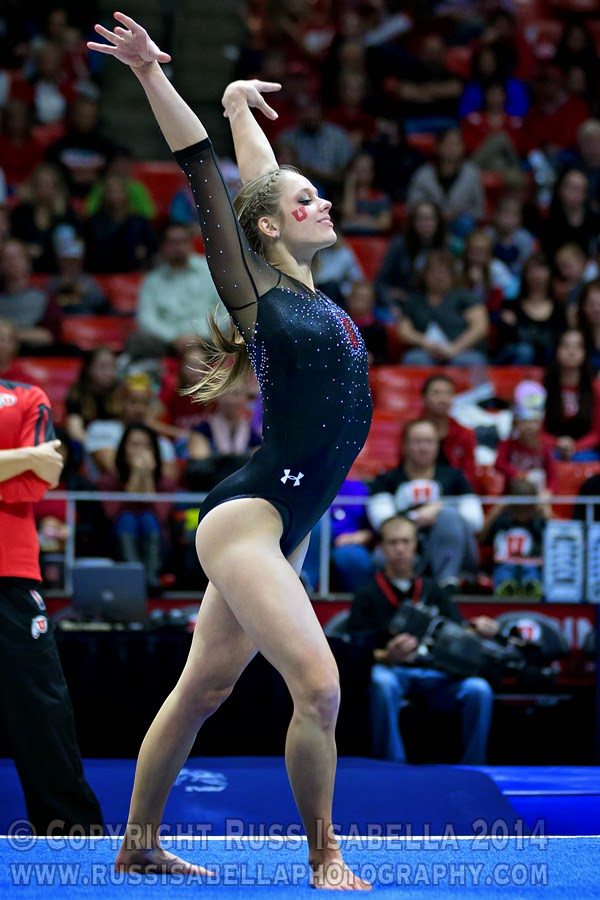 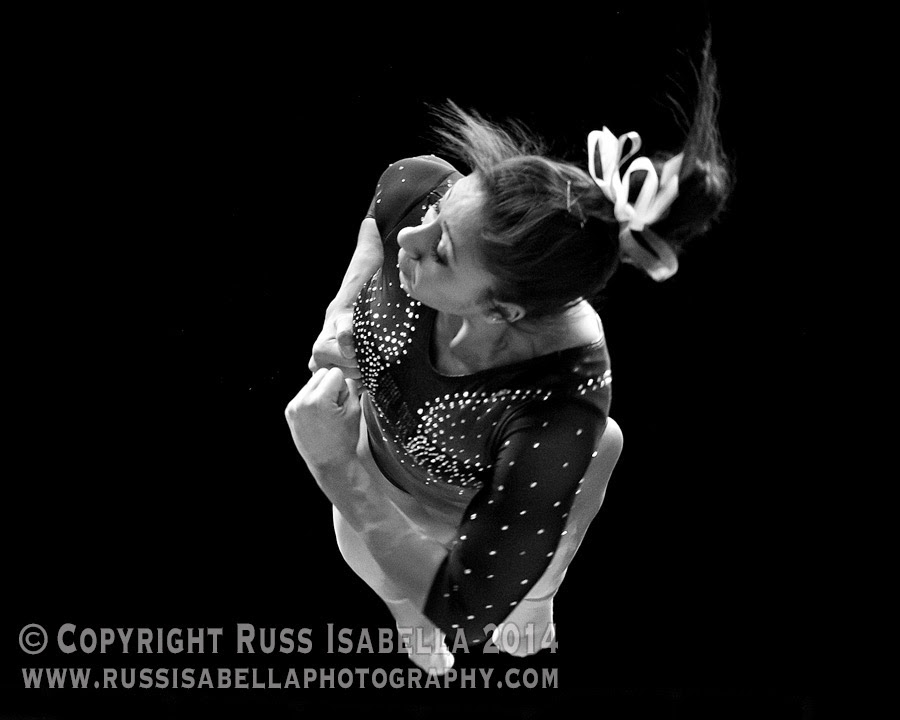 Posted by Russ Isabella at 9:43 PM