Gymnastics is my favorite sport to photograph.  Surprisingly, it also is the most grueling.  I’m not sure why this is given that other sports, like football, require much more physical activity as part of the process of shooting the event.  I suppose it could be that gymnastics is the one sport for which I always believe it is possible to capture something spectacular, so I place a lot of pressure on myself before, during and after each meet I photograph.  And this is because, to my view, gymnastics offers the opportunity for bringing together beauty, grace, power, and technical skill in a way that is unique to athletics.  As such, I set as my goal the capture of images that will leave no more than one of these to the viewer’s imagination.  Unfortunately, it’s a tough goal to achieve, so the ‘spectacular’ image is very rare indeed.  I devote hours to thinking about and planning my approach to each meet, then a few more hours second-guessing all of it both during and after the shoot.  Another challenge that is somewhat unique to gymnastics is the number of photos from each event.  Typically, I come away with about 2,000 images from each meet, as compared to less than half that amount from most other sports I shoot.  And I find that I must sort through all of these images at least three separate times to be sure I haven’t overlooked anything that might just put together the elements in a special way.  Finally, the more I do this (it’s been about 7 years now), the more critical of my work I become, so that, for example, this year, having shot 8 meets and some 16,000 photos, I don’t know that I can put forward a single image and say it meets my criteria for ‘spectacular.’  Nevertheless, I do have images I’m happy with for various reasons, so I thought I’d post some of them here, along with some information about how they came about and some thoughts about what I like and, where appropriate, what I feel is missing from each shot. 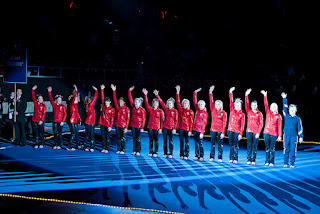 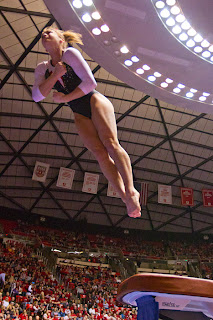 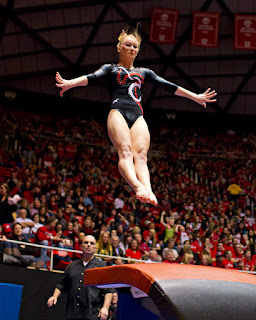 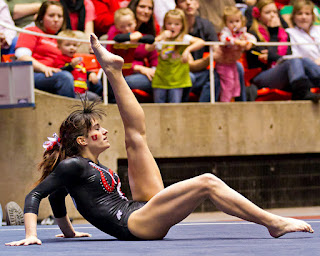 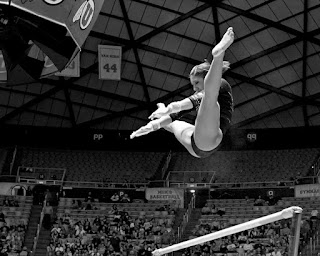 This black-and-white shots is one of my favorites.  I like the angle, her form is great, her height is crazy--most of the pieces are there. 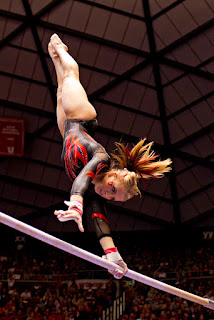 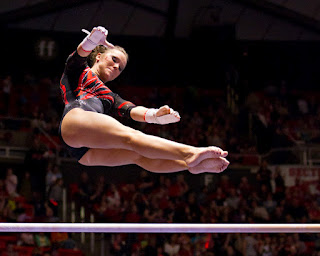 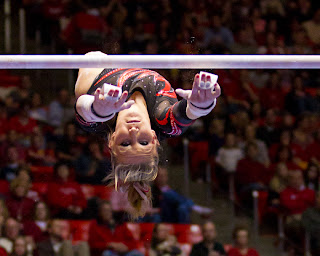 Sometimes you get lucky, and while I don't want to deny that there might be some skill involved, I know I could not nail this focus every time, and the body position, parallel to the floor, is awesome. 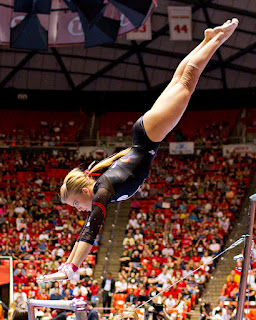 I can't look at this photo without Superman coming to mind. :) 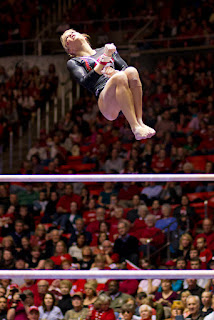 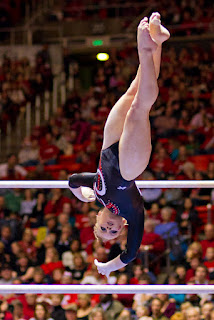 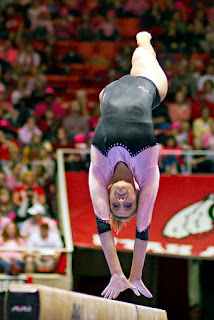 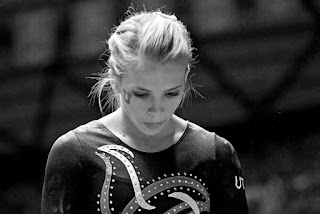 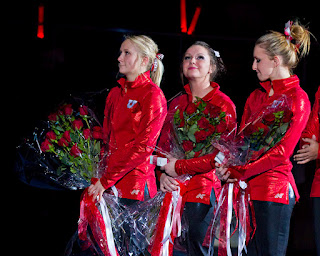 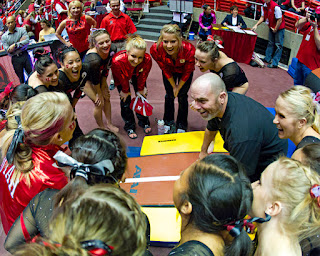 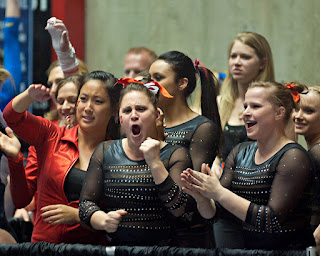 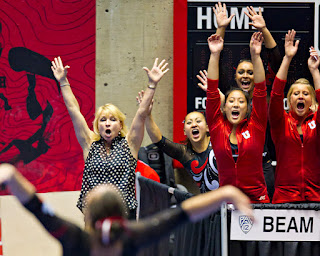 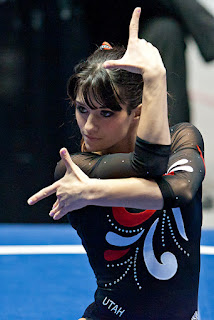 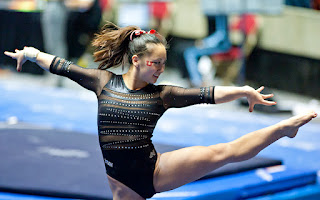 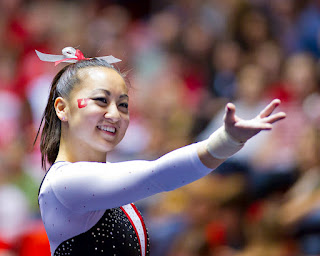 Posted by Russ Isabella at 12:37 AM No comments: